Didn’t They All Do Well!

Tomrods colleagues joined ranks once again with fellow office employees in sister company All Steels Trading for a friendly game of six a side football after hours on Friday 14th August 2015.

As per tradition retired Commercial Director Keith McKee’s renowned and unbiased football refereeing skills were called upon as the Reds and Blues battled it out on the pitch each hoping to secure a clear match victory. However, despite an impressive flying start from the Blues who at one point quite early on in the game led 3-0 up they ultimately conceded five goals, which were so creatively delivered into the net by the Reds’ forwards. So at the final whistle the overall score was a frustrating 5-5 draw for all concerned only made less bitter by the rewarding taste of the ‘take it on the house barbecue grilled food and cold drinks bar!’

You have to admit that the newly purchased opposing house team kits did look pretty impressive despite the fact that on the day all the Blues’ matching shorts had accidentally been left out of their team kit bag! 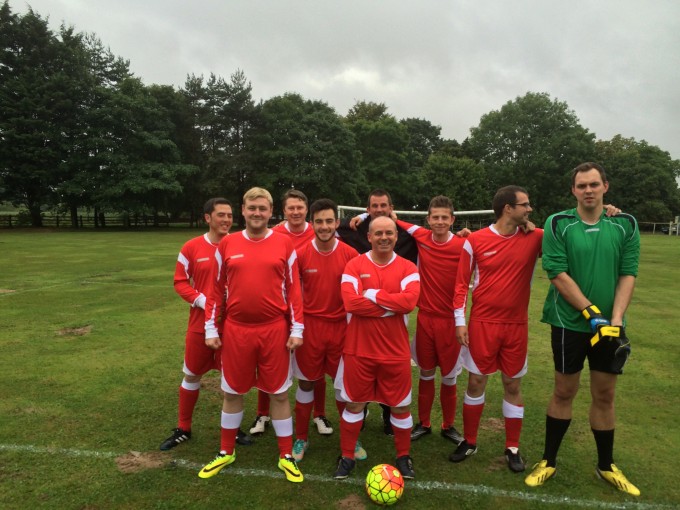 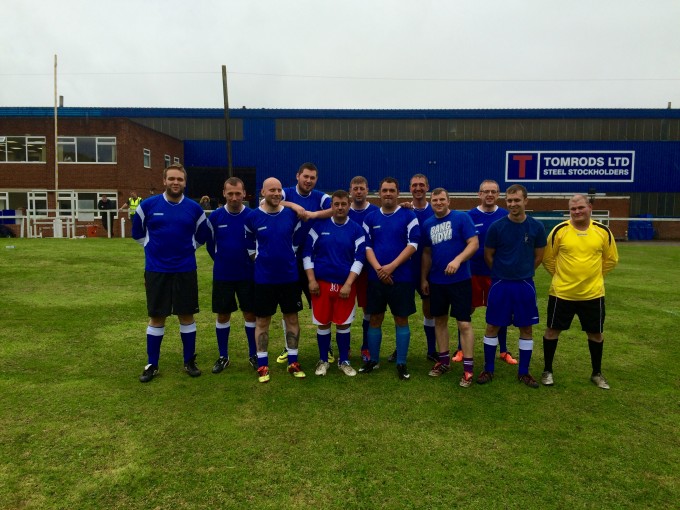 The running match goal scores/strikers were as follows:

No firm date has been set yet for the next AST/Tomrods Reds versus Blues game but you can bet it won’t be too long before we all get to see those sporting outfits being so handsomely modelled for the second time around etc.