Another Long Term Investment at Tomrods

Firms Urged to Race Into The Export Market 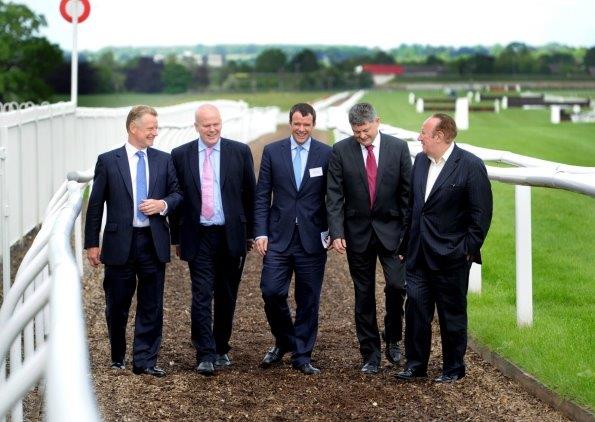 Yorkshire business leaders with international ambitions went to Wetherby Racecourse this week to hear straight from the horse’s mouth how to break into overseas markets.  The event organised by HSBC and hosted by broadcaster Andrew Neil, featured expert advice from economists, bankers and businesses that have tasted success abroad.

Mr Neil told the audience: “Britain is the world’s sixth largest exporter.  We export a larger percentage of our GDP than most other nations, including the United States, but there are many companies that don’t export at all and some of our biggest companies export a lower percentage of their output than their international rivals.  “International trade is particularly important at this time if we are to have a strong recovery.”

Mark Berrisford-Smith, a senior economist with HSBC, said Yorkshire companies should consider exporting to huge emerging economies like Brazil, India and China, which are growing “at the most fantastic rate”.  Other expanding markets include Turkey, Poland, Latin America, South East Asia, parts of Africa and the Persian Gulf, he said.  But companies should not overlook traditional export markets in the heart of the Eurozone, like Germany, he added.

Mark Vines, regional commercial director at HSBC, said: “China to me is the great opportunity.  The middle classes in China are so wealthy now and growing massively and their demand for branded goods, particularly English branded goods, is just immense.”
He said Yorkshire businesses have been through cost-cutting programmes, paid down debt and are now considering international expansion.  Rising commodity prices and fluctuating currency movements might be of concern to those considering international business, but there are ways to mitigate against these, he added.

Laurence McDougall, Managing Director of Thirsk-based All Steels Trading & Tomrods, told the audience about his international experience.  He imports steel from around the world and sells it domestically.  He said: “When we buy in foreign currency we fix the forward purchase for that currency.”  He plans to move into European markets, incentivised by the low value of the pound and advantageous logistic costs.

On the prospects for the European economy, Mr Berrisford-Smith said Europe’s leaders have to convince investors that they would not let peripheral countries default on sovereign debt.  “Europe does not need to have a debt crisis,” he said, pointing to its comparatively low budget deficit and debt burden.

A bigger potential crisis lies in America, which seems to have no deficit reduction plan, he said.  Companies with ambitions to export should consider looking for partners or joint ventures and try to get legal protection for their intellectual property rights, the audience heard.