He Who Darts, Wins!

The Dutch Open Darts is unique in its kind. It is the biggest open darts tournament and attracts thousands of darts players from all around the world! This includes big names & personalities like Tony O'Shea, Darryl Fitton, Deta Hedman, Wesley Harms, Martin Adams and Mark Cowgill! This year the event was played in De Bonte Wever Assen - a beautiful venue in a perfect location, complete with 4-star hotel accommodation, an atmospheric event hall, an indoor 'bar street' with various kinds of pubs and bars, several restaurants and sub-tropical swimming and sauna facilities... and much more!

No wonder Tomrods' Works Manager Mark Cowgill is looking pretty chilled out in the image below, which was taken at the recent 2014 event despite not making it into the big prize money himself. Mark (left) is standing next to Martin Adams who won the Dutch Open Darts men's single competition in both 2010 & 2011. 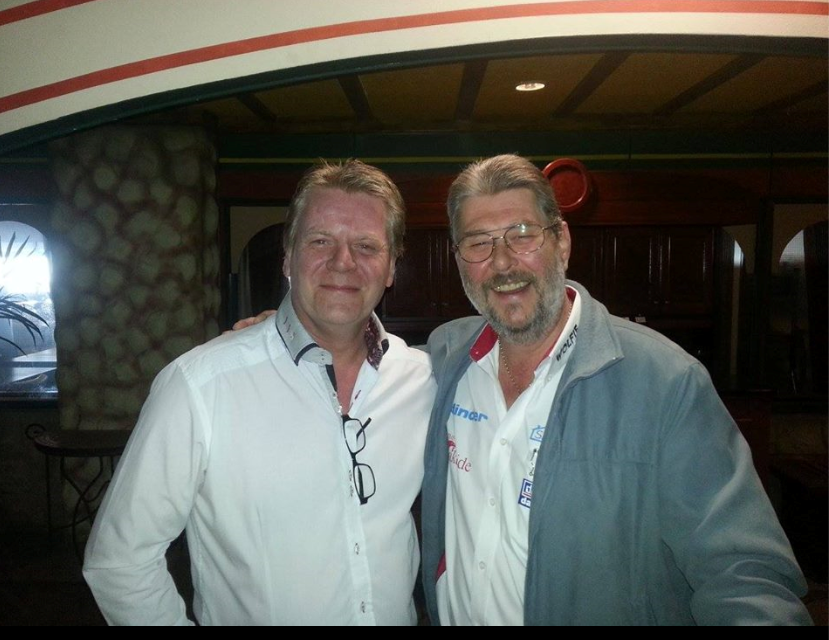