Steel Markets Update due to the invasion of Ukraine

The much publicised global energy shortage and continued challenges with transport availability has brought yet more factors to what has been an unprecedented year of price increases.  Both British Steel and Arcelor Mittal have implemented surcharges over recent days due to the intensive amount of energy required to roll steel products. Reports suggest that steel mills are reducing production at high cost parts of the day to keep their energy costs under control, which will eventually impact on the availability of certain products from time to time. Please see below for a copy of the announcements.

It had appeared that the market had perhaps reached a peak following a number of high price increases throughout 2021 with some predicting lower prices as we entered the first quarter of 2022. That prospect now appears to be much less likely as raw material costs have also begun to rise once again over recent days and availability concerns arise as China once again looks to import materials for its domestic consumption.

Two of the main suppliers of merchant bars have announced price increases in recent days ranging from £30 to £80 per tonne. The product is largely produced from scrap and with reports from Turkey (one of the worlds largest producers from scrap) suggesting the $500 per tonne barrier has been broken there does appear to be a risk of further increases over the months ahead.

Iron Ore had fallen back from the record levels seen earlier in the year, however any potential savings were offset by coking coal which rose to record highs of $400 per tonne compared to the norm of around $70 per tonne, keeping the cost of steelmaking high. The past week has also seen iron rise by around $20 per tonne and with energy, billet and scrap also rising sharply, further increases look to be a distinct possibility over the months ahead. 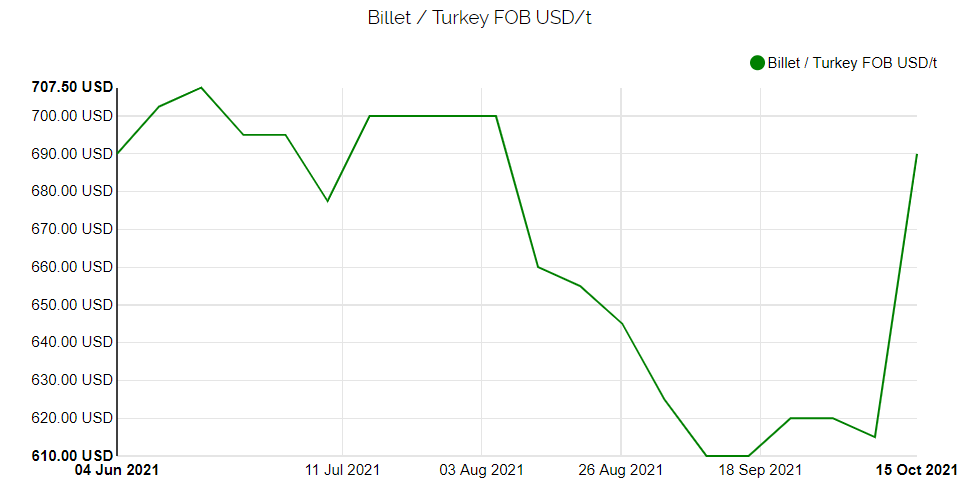 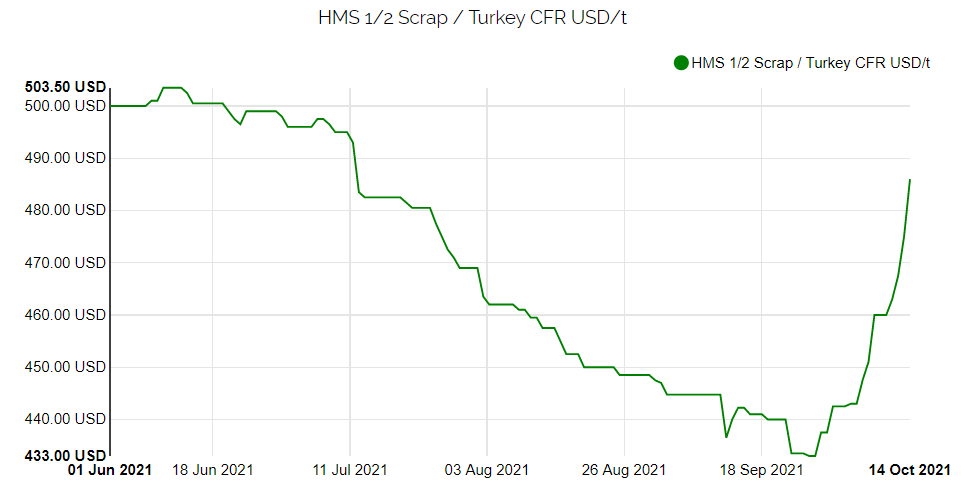 The first product to begin rising sharply in 2020, hollow sections had reached a point whereby prices had stabilised and were set to fall by 1% to 2% over the months ahead. We are watching this situation closely due to the cost of raw materials and port congestion along with strong sounds of flat rolled producers ready to implement “substantial” energy surcharges imminently.

Demand has seen a slight fall back from the heights of Spring and Summer following the holiday period but is beginning to rise once again as more projects go ahead, including large infrastructure and warehousing requiring a substantial amount of steel products. Immediate availability is good although hampered at times by port congestion for incoming materials. With rising costs, steady demand and transport challenges, the market would seem poised for more upward price movements over the months ahead and as such we wish to advise our customers of this possibility when quoting for new work.

Thank you for taking the time to read this update. Our sales team remain on hand at all times to provide you with the latest market information on 01845 528200